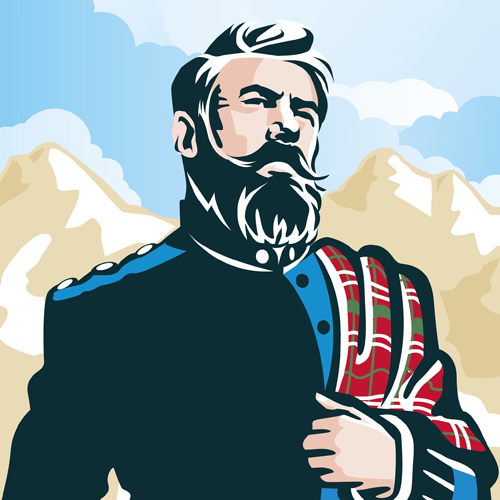 Are you a fan of Old Jock? Have you noticed the transformation through the years?

If you’re a fan, you’ll have noticed that Jock was rebranded earlier this year and he became a little younger, more handsome & rugged but looks like he enjoys a drink nonetheless… Most of you gave us really positive feedback on Jock but we had a few people who told us they much preferred the ‘old Old Jock’ on the bottles, so we thought we’d share with you just how many transformations he had before 2020. 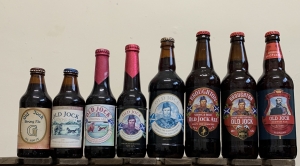 Old Jock Ale was one of the first ales brewed at Broughton and launched in bottles in 1980. The earliest bottle we have at the brewery doesn’t even have an image of the man himself – whoever he may have been at this point……..

Moving through the early 80’s, Old Jock becomes a character (a loveable one at that) and you see him here on bottles as a faithful collie dug! Jock the collie stayed for a number of years and perhaps this is where the rumours started……. 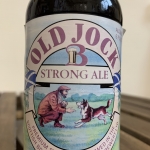 We’ve heard many stories over the years as to who/what Old Jock originally was, from a Scottish soldier to a collie dog, and even Greyfriars Bobby’s master! We even had some contact with a fan a few years ago who claimed that his great-grandfather was indeed Old Jock.

Following on from the farmer & dog images, Jock then became the tartan-clad soldier. ‘Strong, bold and full of character.’ Throughout the mid-late 90’s and into the 21st century our soldier stayed with the brand and he became instantly recognisable to beer fans all over Scotland. Small changes to the labelling allowed the brewery to stay relevant while still keeping the Jock character alive, right up to our latest version embedded in a thistle it still has the same, strong image you have all come to know & love.

One thing has stayed the same – it’s still a first-class beer!

Old Jock Ale has won many awards over the years. From CAMRA to Tesco and SIBA at home and many international awards too.

Maybe you remember another bottle we don’t have? Or you may have heard a different story to who Jock really was?
We’d love to hear your stories so get sharing!