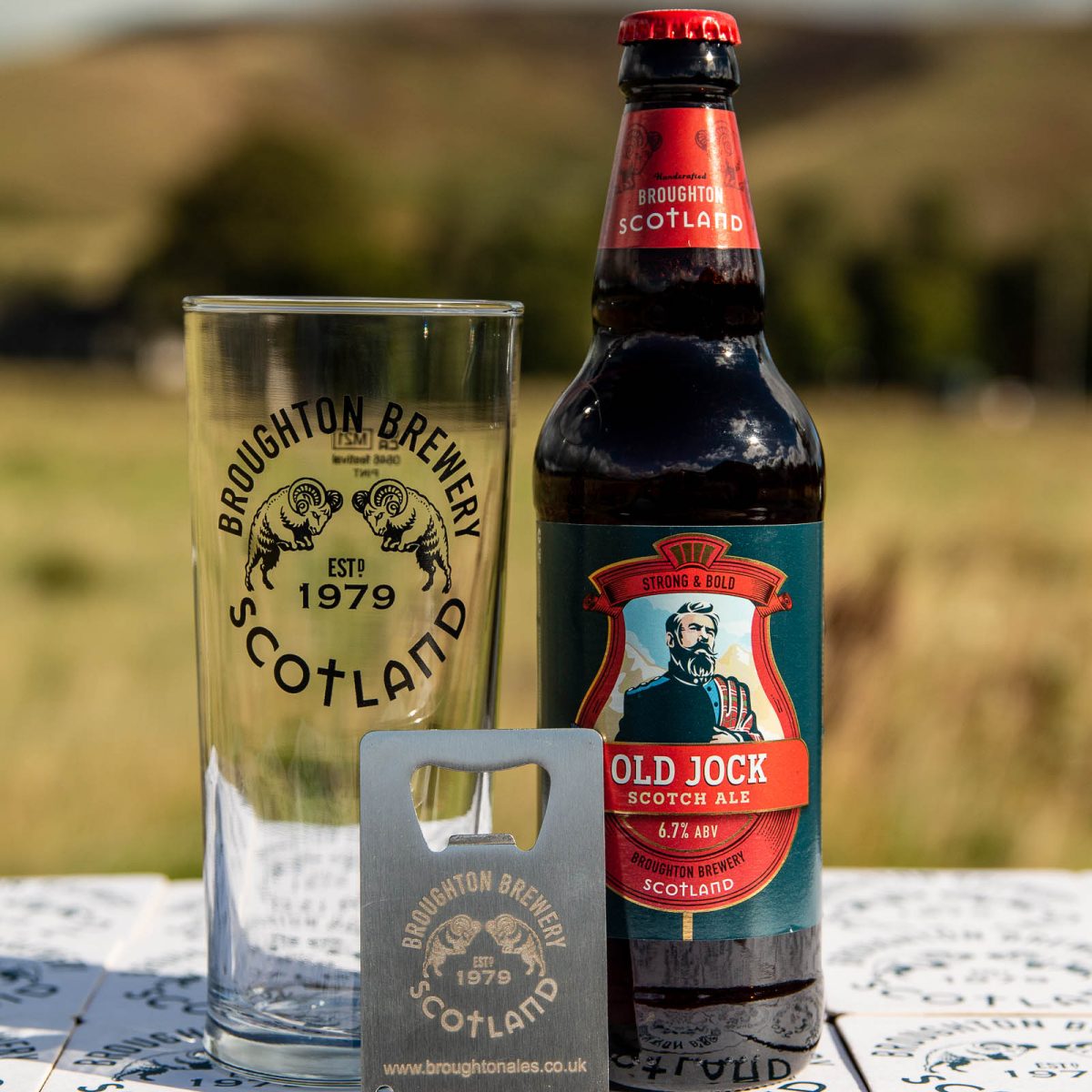 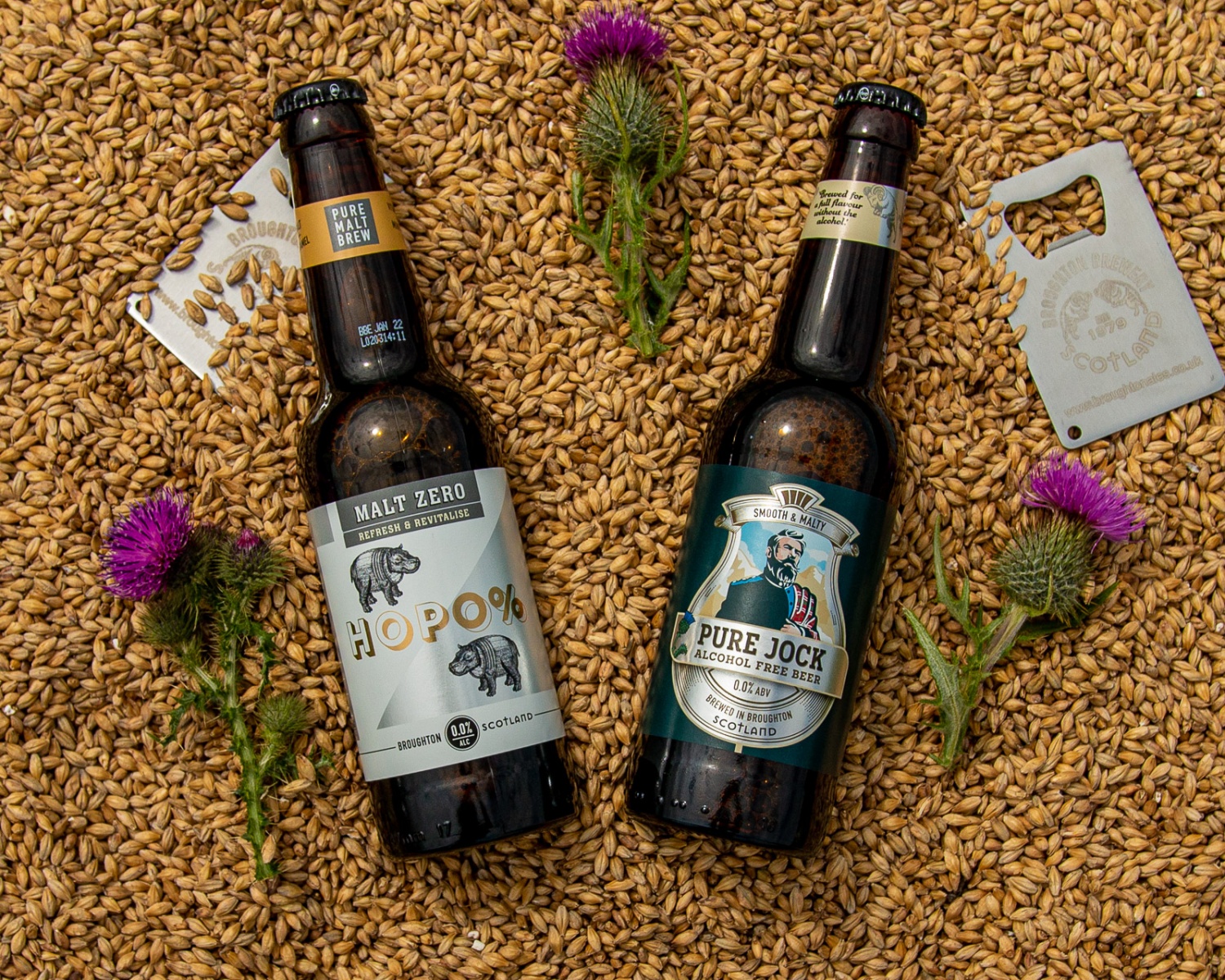 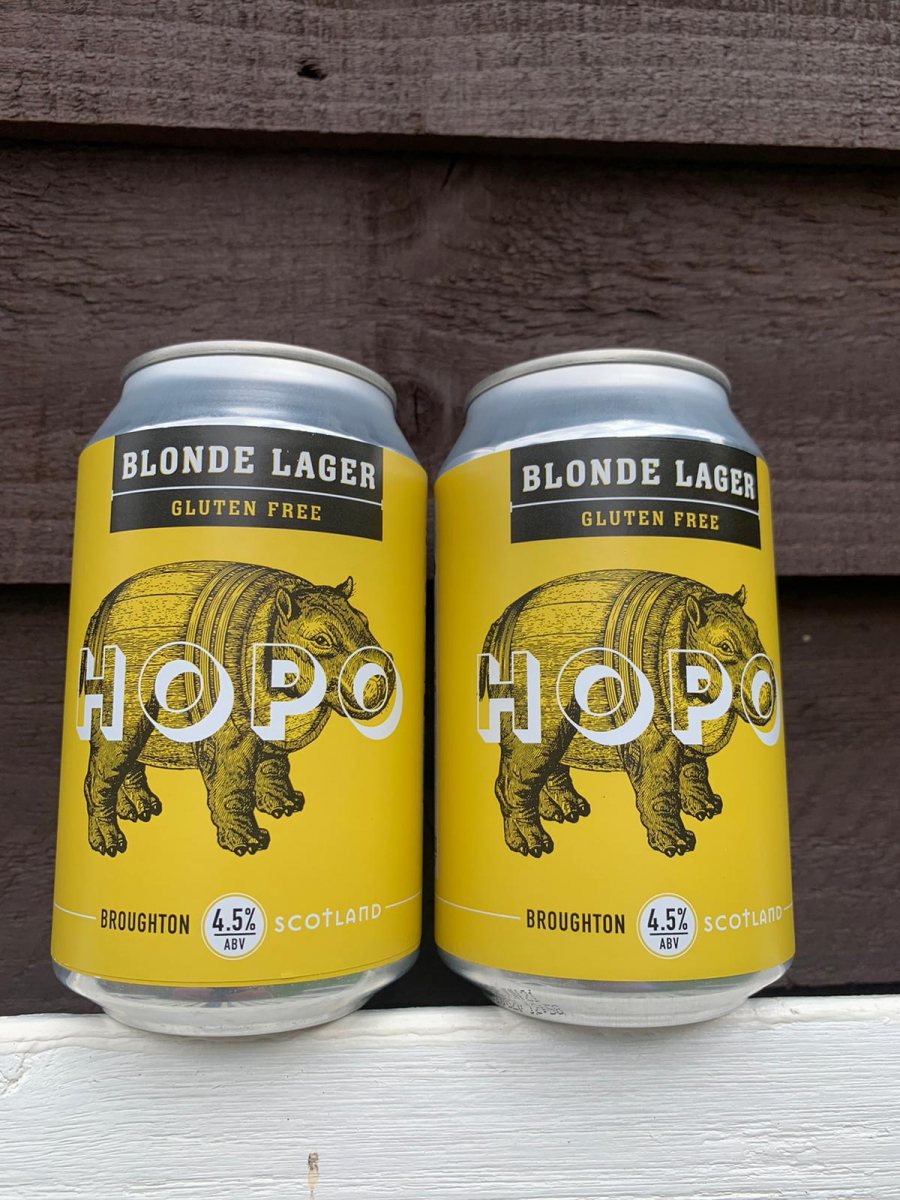 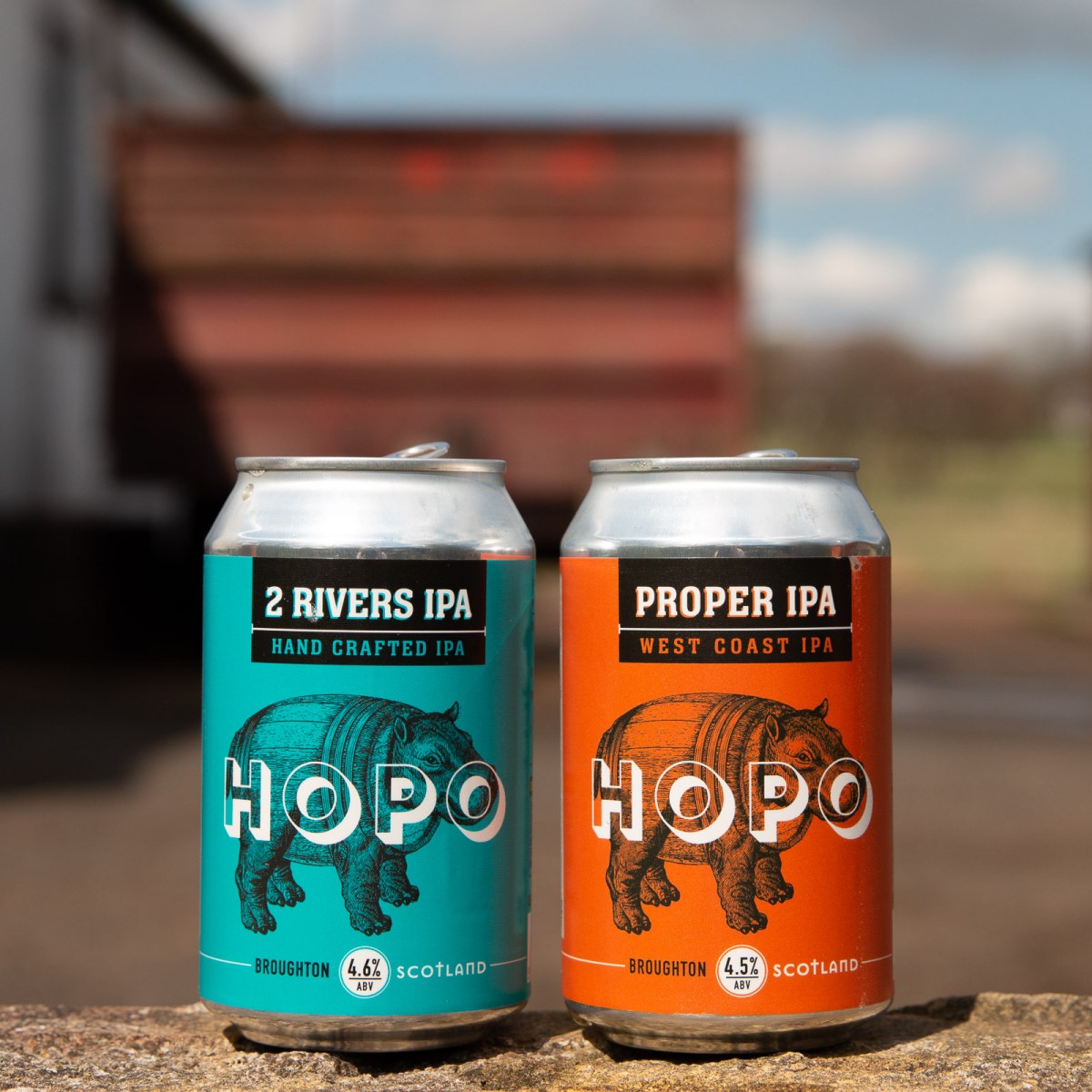 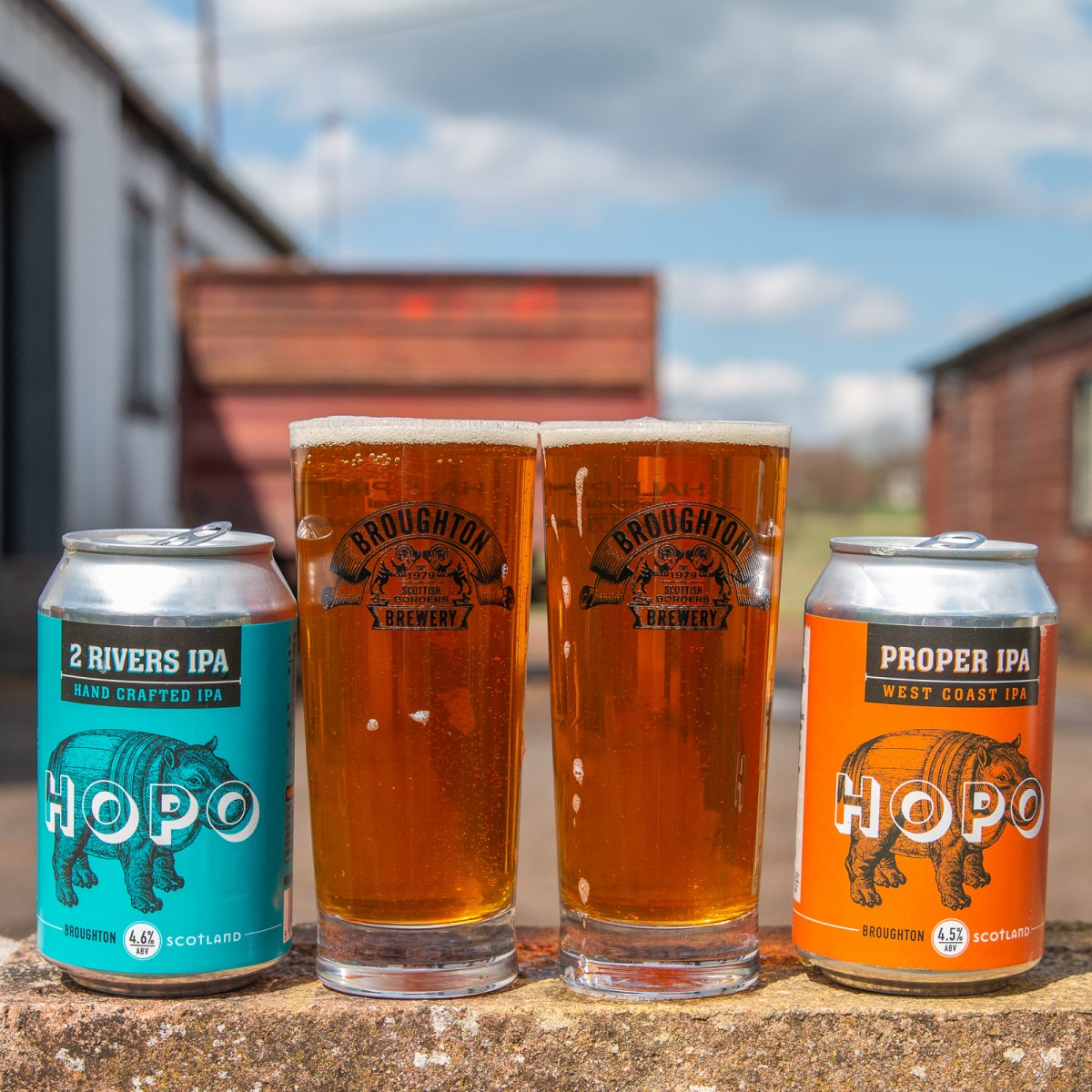 Old Jock was one of the first beers handcrafted at Broughton Brewery when the brewery opened in 1979. It was first sold on draught in hotels and pubs local to the Scottish Borders’ location of the brewery.  The very first supermarket to sell Old Jock (besides our wee shop) was William Low , who are now part of Tesco!

Some stories say it was named after John Gray, also known as Auld Jock, the master to Greyfriars Bobby. You might spot a wee Border’s Collie dug with Jock on some of our older bottles. Some stories say it was a tribute to Highland soldiers known as Jocks, or was it a mythical shepherd, or was it because one of the Broughton founders wanted to name one of their children Jock, but after ”discussions”, decided to call the new beer Old Jock instead? All these stories form part of the history of one of Scotland’s most iconic and loved beers.

As Old Jock rolled out into more pubs and supermarkets across Scotland, the character developed into a Highland soldier symbolising the strong and bold flavours of this legendary ale.

For over 40 years,the flavours, the ruby red colour, the intense caramel aromas and smooth maltiness, have remained in our dedication to hand-crafting this sublime, award winning beer.

Old Jock can now be found in Systembolalaget stores across Sweden commencing 25 February 2022!

So, to all our Swedish friends old and new,

Check our where else to buy Broughton beers here. Stay updated with us on Facebook and Instagram.