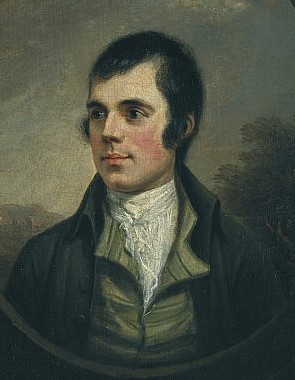 Robert Burns first became popular in Russia at the beginning of the 19th century. His poems and songs were translated into Russian and admired by intellectuals for his empathy with the poor and oppressed and his expression of support for revolutionary causes.

After the Russian Revolution in 1917, Burns became known as the people’s poet, as his class-aware poems about less-heroic and labouring class subjects strongly resonated with the Soviet regime. Throughout the Soviet years his poems sold millions of copies his songs were regularly heard on radio, TV and in famous films. Even today he is still taught in schools alongside their own national poets.

In 1959, on the two hundredth anniversary of his birth, the Soviet Union issued a commemorative stamp of Robert Burns. A true accolade and recognition of his importance to Russians across all classes.

To celebrate this historic and unique link between the Scottish borders and Russia, we have included a translation of Burn’s famous poem ‘Scotch Drink’ on the label of our limited edition 20YO Imperial Russian Stout and also on a limited edition bottle opener. Both of these are available as rewards on our save-the-brewery crowdfunding.

Gie him strong drink until he wink,

An’ liquor guid to fire his bluid,

There let him bouse, an’ deep carouse,

Till he forgets his loves or debts,

An’ minds his griefs no more. 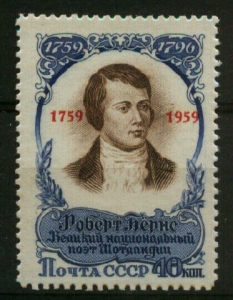