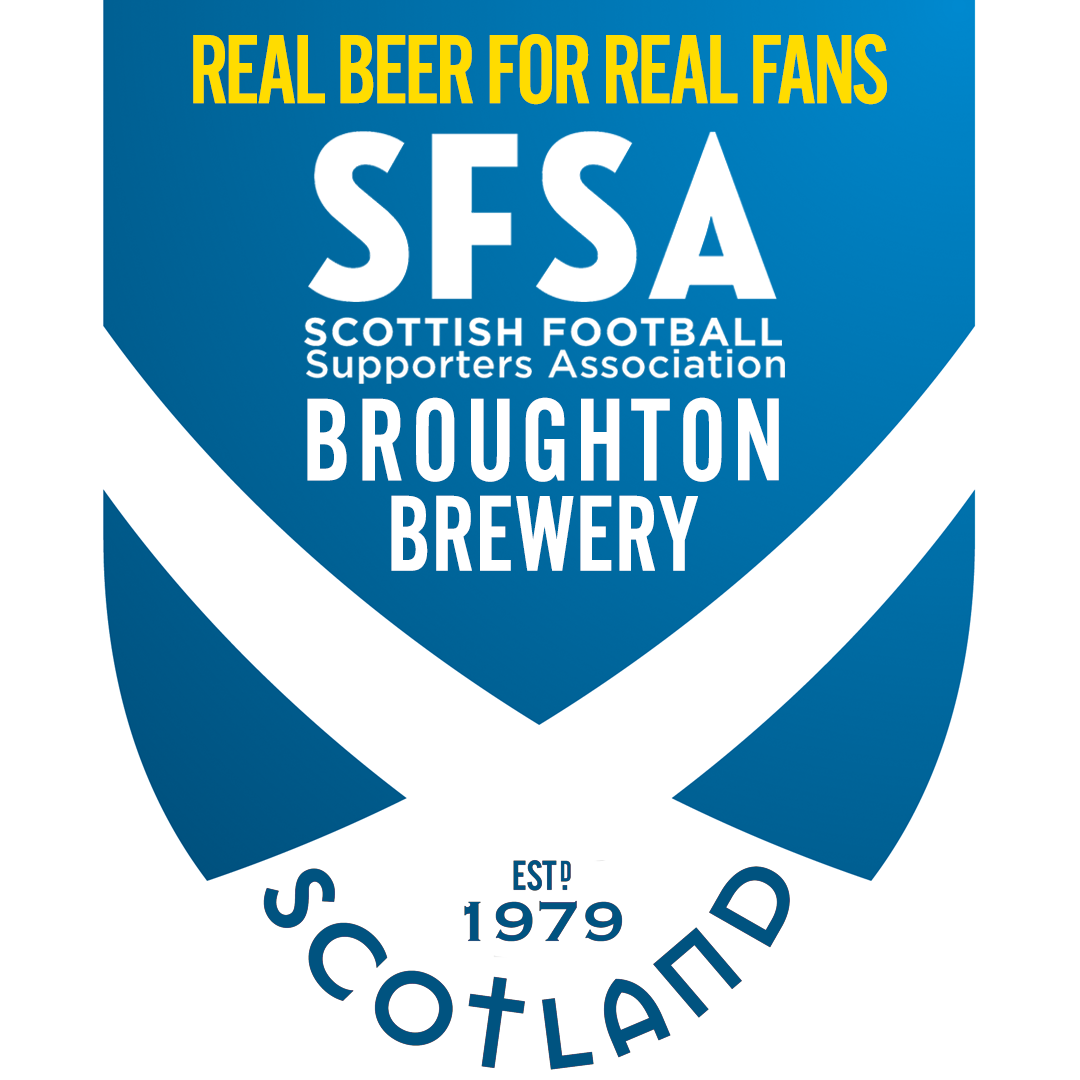 Scottish Football Supporters Association and Broughton Brewery have teamed up to launch a ‘real beer for real fans, responsible drinking campaign’ during the Euro Football Championships.

During the Euro Championships, the award- winning Broughton Brewery will be featuring the SFSA logo on their beers, cask badges and online offers in pubs, supermarkets and websites, and supporting the SFSA with a donation to their various football community initiatives.

Paul Goodwin of the SFSA commented ‘For the first time in a generation football fans in Scotland will get to see the national team participate in a major tournament. Having two home games at Hampden will be an iconic moment for Scottish football, and we are delighted to be teaming up with Broughton Brewery and their real beer for real fans initiative. This is a great way to help promote responsible drinking, and it’s great to see a Scottish brewer supporting Scottish football “.

David McGowan of Broughton Ales added ‘’ This is an historic moment for Scottish football with our team qualifying for the finals and Hampden being chosen as a host venue. Our real beer for real fans will feature on our award-winning beers including the legendary Old Jock Scotch Ale, our easy drinking Hopo Lager and our two new no-alcohol beers Hop0% and Pure Jock. We know that football fans enjoy a beer whilst watching their team, and we want everyone to be a real fan by getting behind Scotland and if they are having a beer, drink responsibly’’.